To My Valentine - Postcard Friendship Friday #100 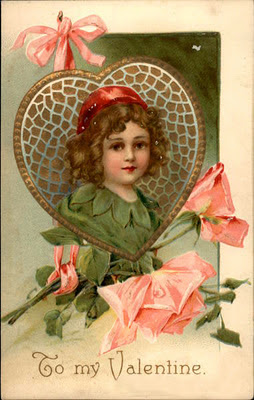 Though Valentine's Day had been around a LONG time before, it was 498 AD, when Pope Gelasius officially declared February 14th to be St. Valentine's Day.

The oldest known Valentine still in existence today is a poem written by Charles, Duke of Orleans to his wife while he was imprisoned in the . The greeting, written in 1415, is part of the manuscript collection of the British Library in .

Several years later, it is believed King Henry V actually hired a writer to compose a Valentine note to the lovely Catherine of Valois.  He eventually won her heart.

Today Valentine's Day is second only to Christmas in the flood of cards sent through snail mail to friends and loved ones!  An admirer of cards and postcards vintage, or otherwise, I am extremely grateful for this sweet tradition. 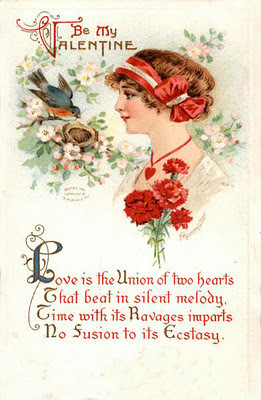 I love the style of this card--it reminds me of the Gibson girls one often sees from that time period.  Valentine's  Day is one of my favorite holidays -- these romantic cards and postcards are so lovely to my eyes.

For more heart art, photography and altogether fabulous heart stuff from around the world, visit Clytie at Random Hearts for Guest Heart Thursday! 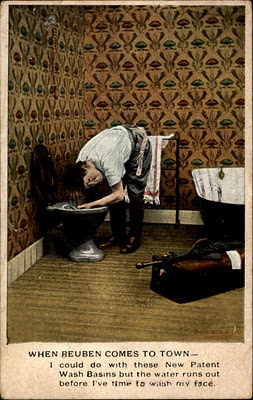 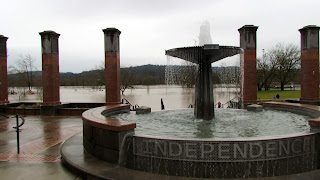 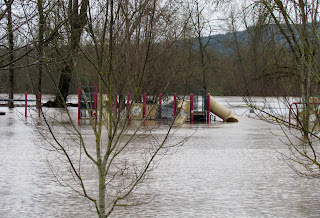 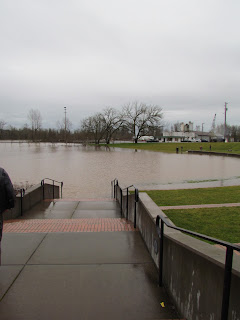 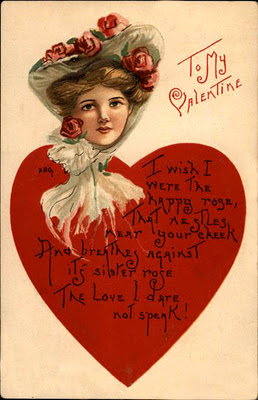 Valentine's Day is just a little over a month away.  I adore this holiday.  It gives me another chance to celebrate the love of my dear husband.  I have been married to a wonderful man for over 28 years.  What a delightful adventure our life has been!
The poem on this postcard is quite lovely.

I wish I were the happy rose,
That nestles near your cheek.
And breathes against its sister rose,
The love I dare not speak.


*  REMINDER: Comments and links which contain advertising and do not refer to any of the following; Postcard Friendship Friday, mailboxes, the Post office, postcards or the love of postcards, will be deleted. 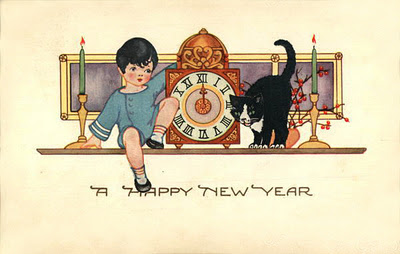 I love this time of year--a time of new beginnings.  But I think the actual turning of the year happens WAY too Quickly, hence my focus upon the new year this week.

This is from my Valentine's Day Card collection.  I have a bunch of these very thick cardboard valentines,  made to fit onto the stick part of a "pop."  This one was extra cute!


I'm Humpty dumpty on a wall,
Heart and all about to fall
Now, if you don't accept this pop
My live will be in an awful flop.
Just perfect for Guest Heart Thursday!

For more heart art, photography and altogether fabulous heart stuff from around the world, visit Clytie at Random Hearts for Guest Heart Thursday!