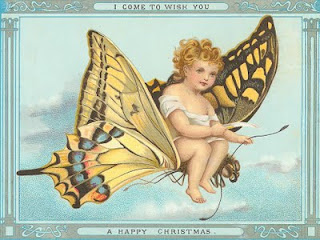 I am not sure where I came across this image--it has been in my cyber collection for many years.  These days I credit and link back to where I find the images I love.  But back in the early days I didn't realize it was an important part of sharing ephemera.

I've been watching the graceful flight of the butterflies in my garden.  In my mind's eye,  I can see the faeries who ride on their backs.  (grin)  I'm sure they look just like this.

I know, I know...I have a GREAT imagination!  Faeries--God's littlest angels.

Have a beautiful week everyone.

Prayers in the Storm 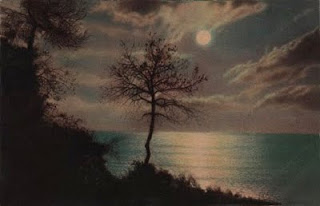 This lovely old postcard is the opposite of what people along the Eastern Seaboard of the United States are experiencing as I type this.  Our hearts and prayers go out to those caught in the swath of that immense storm.  My prayer for each of you is that you will experience God's peace in the midst of the storm--like the peace reflected in this picture.

It is calm here on the West Coast--we watch these events unfolding over the television.  What a frightening storm. Our hearts are with you, our prayers surround you... 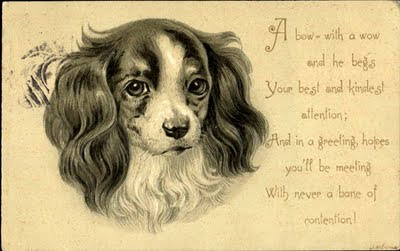 When I was a little girl I had a stuffed Cocker Spaniel I named Fluff.  Fluff still lives--in a keepsake box full of childhood treasures.  I've had many dog friends over the years.  It is a compliment when I say our little cat, Princess Twinkle Toes, has dog characteristics.  I would never tell her, so Shhhhhh...."

Just this morning I saw the news article of a dog named Hawkeye, who, even as Navy Seal Jon Tumilson, lay in his coffin during his memorial service -- would not leave his master's side.  Poignant, amazing and incredible is the love of a Dog.

In the United States, National Dog Day has two goals.  The first is to rescue dogs from homelessness and abuse.  The second is to honor dogs for all that they do for us. In addition to giving love and companionship, dogs help us out in countless ways. They are watchdogs for our safety. They lead the blind. Dogs aid in search and rescue, some seek out bombs and drugs. Others can sniff out cancer, still others protect citizens as they serve on the police force in k-nine units. 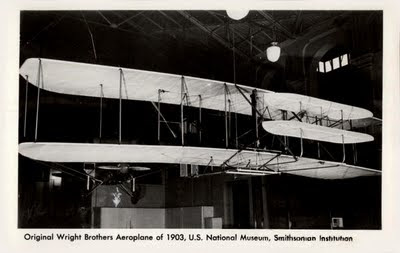 Last week I was talking Vern, a dear friend of mine--he is actually related to the Wright brothers.  He tells me, when he was a young man, he had the chance to meet Orville, still living at that time.  As a young person, he didn't understand the significance of the Wright Brothers, so the chance passed him by.  I love hearing Vern's stories.  The things he's lived through, the experiences he's had, are fascinating!

Another friend of mine still shudders each time he boards an airplane.  "It's unnatural," he says, "that airplanes are heavier than air and can actually fly!"  But look how one man's impossible dream changed, not only our world, but history itself.

National Aviation Day is observed on the birthday of aviator pilot Orville Wright.  As is known, the Wright brothers, Orville and Wilbur, were pioneer aviators in the United States.  Orville was the first person to successfully fly an airplane. His first flight was December 17, 1903 at Kitty Hawk, North Carolina.

A Rose for Sunday - Sunday Scans 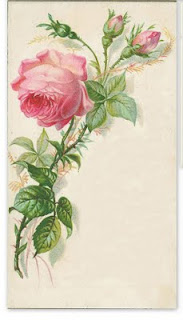 My garden is in full bloom right now--finally my roses are happy in the sunshine, which has been uncommon in Oregon this summer.  There is something so lovely, so rare about the blooming of roses.

I love this vintage artist's rendition of roses.  This painting is an inspiration to me.

Al's Photography Blog, by our good friend Al, hosts "Sunday Scans" each week.  Sunday Scans is a place for all things scanned.  So pick up your artwork, old photo albums, ephemera, postcards, ANYTHING which can be scanned and join in the fun!
Posted by Beth Niquette at 8:45 AM 5 comments: 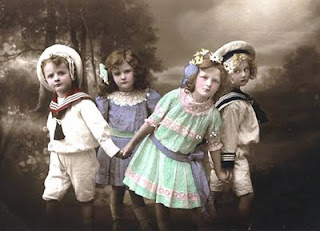 I was born the eldest of six.  Growing up, I never thought about what it would be like to be a middle child.  I remember one of Sissy's favorite books was The Middle Sister. Now that we are older, my middle sister is one of my very best Friends.  I like the idea of a holiday which gives a well deserved recognition to the wonderful and special middle child of the family.

If you grew as up the middle child with both older and younger siblings, you know the feeling of the "middle child syndrome" from a from a very personal perspective.

It is said the first child is the first child. He, or she, has all of Mom and Dad before the second child comes along. The final child is and always will be the baby of the family.  Older and younger children tend to be more outgoing, or extroverted. The Middle Child tends to be more introverted, quieter, perhaps a bit of a loner--but with the amazing ability to get along with just about anyone.  Middle children tend to be wise watchers.

It is fair and fitting that we celebrate and place into the limelight, the middle child on this day.

So, my treasured Sissy, go out and enjoy this day to the fullest. You truly are a wonderful, talented, special person!   I am one of your biggest fans and I am so proud to be your big sister.  I have always deeply admired you and your vivid heart.  ((hugs)) 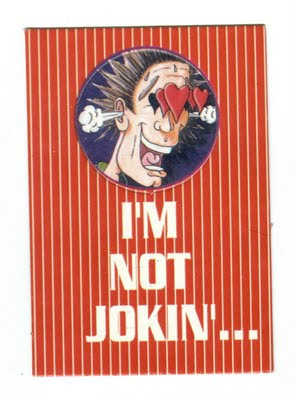 Does anyone out there remember pogs?  I managed to save a few Pog Valentines Day cards from the 1980's.  My kids loved them and collected quite a few.  This Valentine Card particularly hit my funny bone.  Enjoy!
For more heart art, photography and altogether fabulous heart stuff from around the world, visit Clytie at Random Hearts for Guest Heart Thursday! 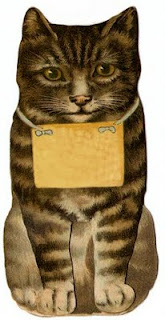 I have been out of touch for a few weeks because my computer broke down.  Its poor motherboard gave up the ghost because of a bad power source.  It is up and running as of yesterday, so here I am.  The above card is especially precious to me, as it was sent to me by my good friend Catherine. 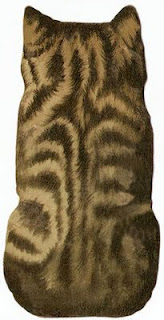 The above is of the back of the card--isn't that just the cutest thing?  I wonder where its tail went?

We have a new kitten leaping through our lives these days--her markings are very similar to these.  Her name is Princess Twinkle Toes in honor of her wonderfully odd paws--she has six toes on each foot!

There is a lot of joy to be found in the love of a kitten. 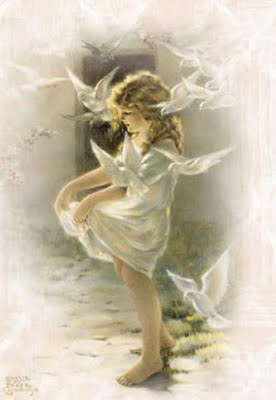 I adore this beautiful postcard of a girl feeding the doves.  There is something so ethereal about it--a bit of magic sprinkled throughout.  I especially love summer here in Oregon.  There are birds everywhere.  I am grateful to hear their song in the early morning just before the sun rises--including the call of the mourning dove who lives at the top of the great Cedar tree.

Thank you for all your encouraging remarks last week.  My computer is still gone--I'm using my husband's machine to upload this week's PFF.  What a great guy!  (grin)  Anyhow--a friend of ours is rebuilding my computer, I should hopefully have it back by this afternoon, or tomorrow.  It has been an eye-opener, as to how much I do rely upon my computer to do so many things.  Thanks again for your generousity and understanding!

Have a lovely weekend, everyone!  Happy PFF!