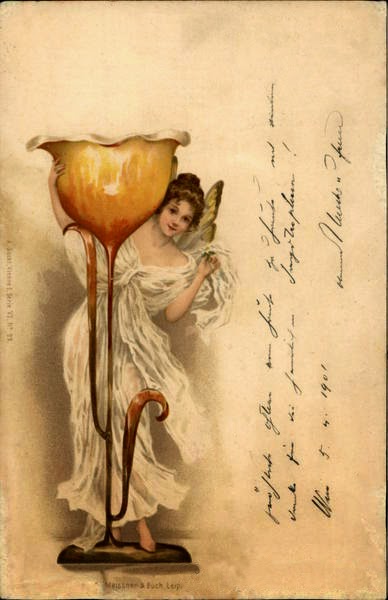 Today is National Tooth Fairy Day.  I love the Tooth Fairy.  While other traditions, such as Santa Clause and the Easter Bunny were not a part of my growing up, we all adored the Tooth Fairy.  How else could one fall asleep with a tooth under one’s pillow, to awaken with a coin left in exchange?  It was magical--she had to be real.

I grew up, met the man of my dreams and soon had children of my own.  In our home another variation of the story was born.  One night the Tooth Fairy became so busy, she sent Merry, the Berry Fairy in her place.  That berry-loving fairy would leave funny purple footprints and tiny notes, along with a nifty prize in exchange for their teeth.   My children grew so fond of her, they’d leave personal notes and hand made presents along with their baby teeth.  Of course, the Berry Fairy enjoyed this so much, she stowed all those notes and gifts (and baby teeth) in the back of my sock drawer.  (Imagine that!)

Though the idea of a Tooth Fairy has European roots, I found it interesting to note the Tooth Fairy is one of America's "original" fables.  It is also up for debate as to the actual date of this holiday.  Though no one seems to know how it came into existence, there are those who argue the holiday is actually celebrated on February 28th instead of August 22nd.

It all began in Europe, where for centuries it was common practice to bury a child’s baby tooth in a garden or field near the child’s home.  The superstition was that when a child’s tooth was buried, a permanent tooth would grow into its place.  Others believed if a witch was able to acquire the baby tooth, the child would be placed under a curse or a spell--giving the witch power to control the child until the tooth was recovered. So the tooth was buried as a way to protect children from a curse.

When people moved to America, they brought their beliefs and superstitions with them.  But as time passed the tradition changed.  Parents began placing baby teeth in small flower pots, or planter boxes. Eventually the tooth came to be placed under a child's pillow.  After which the parents would clandestinely sneak into the child’s room in the middle of the night to exchange it for a treat or money.  When the child would ask who had left the prize behind--it was said the Tooth Fairy had paid them a visit.

Every child I know loves the Tooth Fairy--and the little girl inside my heart does too. Have a lovely weekend everyone, and Happy Postcard Friendship Friday!

*  REMINDER: Comments and links which contain advertising will be deleted. Also, any and all suspicious links which do not lead to a correct website will be reported and deleted.

Posted by Beth Niquette at 8:00 AM

I read an article earlier this week about the differences in the amount the Tooth Fairy leaves as he/she travels across Canada visiting children. It was a fun article and had me thinking back to my children's younger years. My eldest did have a tooth removed in his last year of high school and the Tooth Fairy left a computer game instead. I do believe the same happened when the wisdom teeth were removed. thanks for posting such a neat card.